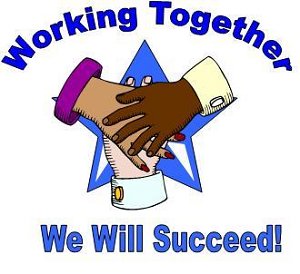 To be brutally honest if you don’t have the money or support to begin with there isn’t a lot of help at hand, you can have as much knowledge as you like, its the persistance of striving to achieve your goal and the means that gets you there.

I find that if you have a genuine goal and you have expressed your message clearly crowdfunding can be a great success, its no different to your normal run of business where you are trying to promote a product, however crowdfunding is about getting a product off the ground so you can promote it or develop a cure for a disease or even an album to encourage kids to be who they are through music and dance.

Sadly, there is negative side which isn’t really against crowdfunding more a reflection on how people can be. Some can throw money on the most stupid things, for example there was a so called crowdfunding success story where someone raised over $50,000 for a potato salad. I looked at his Kickstarter page briefly, I can only hope he placed the extra money towards something a bit more substantial.

On the other hand there are those who are trying to raise money and getting nowhere near their target, some with $0 raised, for example, funding for an unwidely known condition such as Turners syndrome or raising money for immediate funds to travel across the country for a lifesaving operation for their son and of course the operation itself to avoid selling their family home, one of these examples will be in the next Basicozbizinfo catalogues and I used my social media following to help promote the other by tweeting and posting.

None of us do empathy perfectly everytime, but it must be said capitalism hasn’t changed pre interent nor have people, but those without means, people are under stress and need help often don’t always communicate as well, as their focus is on their current situation and the perils of what maybe or not be, not the task at hand of promoting their message to people who want too and can help them.

So I ask the reader thats you! To have a unique new years resolution for 2015! “Remember that those in need don’t always communicate and impress you brillantly, simply look at what they are doing and ASK YOUR OWN QUESTION. CAN I BE OF HELP IN SOME WAY?” This doesn’t have to be financial just simply pass the message on to somebody in your following, friends or circle who can.

Wikipedia’s definition of the Sharing economy is”a socio-economic system built around the sharing of human and physical resources. It includes the shared creation, production, distribution, trade and consumption of goods and services by different people and organisations. These systems take a variety of forms, often leveraging information technology to empower individuals, corporations, non-profits and government with information that enables distribution, sharing and reuse of excess capacity in goods and services”.

The capacity of opportunity here is enormous, think about it! For how many years have humans bartered and shared things or even given as part of our normal empathy. This backs up Basicozbizinfo’s outlook regarding Empathy in Business. Great examples of empathy are giving someone a room when they need it(AirBNB), Offering a lift(Uber), Help arounnd the home or those little tasks you need to do but don’t have time(Taskrabbit) all but to name a few there are some even on the Basicozbizinfo catalogues.

A bloggger called Quartz whom I follow on WordPress has written an informative blog on GOCARRYIT a startup where people can carry your luggage for you, Controversial Yes! However done with the proper safeguards and of course using modern technology this could be a very good idea or a legal nightmare, if the individual decided to use your luggage for drug trafficking, contraband etc. Nonetheless I have noticed something here, these obstacles don’t stop people and we are heading towards a business model that developing countries do, for example you would see people with lesser means wash your windscreen for a couple of dollars or carry your luggage to the taxi.

Is this good or bad? I think it is good, stress is what gets us at the end of the day, we live in a capitalist society. To have somebody do those tedious tasks that make our life easier and VERY IMPORTANT that person can decide their business and be their own business person because it is properly marketed and managed thanks to Social media, internet etc, well then its not good, IT’S GREAT!