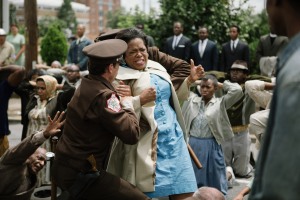 I was going through my twitter feed and I noticed a tweet from Oprah about her film she starred in and produced, Selma, the true story of the 1965 Selma to Montgomery voting rights for African Americans. Immediatley I developed an interest in what the story was about, I had heard about Martin Luther King and the march on Washington, but I hadn’t heard of Selma, however I had heard of Bloody Sunday. Selma was called Bloody Sunday for a very good reason, its the day where the civil rights march was stopped by a line of state troopers who put on gas masks, and then attacked with clubs, horses, tear gas and other weapons.

I looked up the real footage videos uploaded to YouTube and I was quite appalled and even felt physically ill, they were clearly bullying these passive people and hoping nobody was watching or would care. Placing one’s emotions aside for a moment, to villify a particular group and stop them from voting is ridicoulous and not to mention socially counter productive. The more participating in a society, economy to a sporting team the better that thing becomes, you don’t even have to be a player you could just be a supporter, it always makes it better, this is virtually common knowledge.

The more people communicate with one another and show empathy the more something great grows, which is what clearly happened at Selma. Bloody Sunday was watched by millions all over the world on their television sets. The day is now remembered and basic civil rights is honoured, however it does make you wonder as to why it all began in the first instance, it doesn’t take much effort to see or feel for another being, we all didn’t start caring and feeling because of television or internet.

Some people have empathy and some do not, its part of nature, and those without empathy will always look for an excuse, race, gender anything that is different to them, having said that it seems to me we must get used to the fact that at some stage or other we will have to fight for empathy not only for our need of basic justice but for business too, you can’t have a market place without people and you can’t just do business with one kind of people, you miss out on so many opportunities.

Take care and keep the faith 🙂

Liam
Editor and Owner of Basicozbizinfo

I received an email last week from GetUp for which I am a subscriber, asking to me to make a submission to the Treasury in regards to a fairer budget. It astounds me how one side of politics discusses savings and how we need to make them and the so called other side talks about how mean and nasty their opponents are like we are on a episode of Home and Away or Neighbours,I haven’t watched these programmes since I was a teenager, but I can’t imagine the storylines changing.

Discussion on revenue growth is obviously needed, Australia does not have the same population in figures or demographic we did some years ago and I remember when I was studying business in the nineties we were saying, you can’t rely on Australia’s resources alone to generate tax wealth, so where is the intelligence gone, perhaps it has been replaced with a ideology that lacks empathy.

Why do I say that? Because it is so obvious, as a business person there is no stopping revenue growth, you always aim for it. Have a read of my email to the Treasury below.

Recommendations for a fairer budget.

2.The government wastes about $10 billion a year on subsidies and tax breaks for polluting industries. For example, the rebate on diesel fuel for the mining industry
means big-end polluters pays a fraction of what ordinary Australians do for their diesel fuel. Cutting this subsidy alone would save the government $2.4 billion (and
every taxpayer $182 a year).

3.According to the Grattan Institute, if the Government quarantined negative gearing losses, initially it would save around $4 billion per year, and $2 billion each
year after that. This would also have effect of making housing more affordable for the next generation, by putting downward pressure on property prices

4.There’s a whole suite of loopholes the Treasurer has chosen to keep open, that’s costing the Budget bottom-line about $1 billion a year. For example, The Treasurer
recently abandoned an important anti-avoidance measure (by allowing deductions under section 25(90) of the Income Tax Assessment Act) in his Mid-Year Economic and
Fiscal Outlook, which was projected to recover $600 million alone.

Well hopes this works and has some effect, no doubt with the help of others. Having said all of this, there is a glimmer of hope as we communicate more effectively and more of us create or at least decide our own media which of course dictates policy. I would rather place my faith in a collective of various bloggers as opposed to political group thinkers.

Take care and keep the faith 🙂

Liam
Editor and Owner of Basicozbizinfo 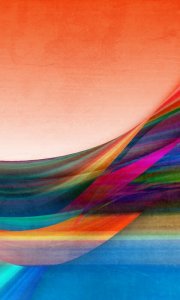 Providing where you intend to look would depend a lot on how you will find inspiration. Look no further, Basicozbizinfo has reached over 180 listings consisting of great inspirational and new business opportunities as well as just great links to inspire you and help you achieve your goals. I have outlined the updated catalogues with categories below. Don’t forget, to check out the Hump Day Post & read the latest Empathy Newsletter.

This update’s charity is http://kidzwishfoundation.org.au/, please give! Update winner is Joel Libivia he recieves an extra 2 FREE Banner Ads for his website when he UPGRADES, simply read the latest EMPATHY newsletter at http://basicozbizinfo.ws/viewcatalogue

Thanks again & have a great day!

For only $25 your website and business opportunity will have greater marketing power in the Basicozbizinfo catalogues, simply visit http://basicozbizinfo.ws/UPGRADENOW